Rotary is built on connection. When Paul Harris came to Chicago as a young lawyer, he formed Rotary for one compelling reason: to help him connect to others in a new city. More than a century later, we have at our disposal countless ways to form friendships and networks, most of which Paul Harris never dreamed. Yet Rotary’s ability to connect us remains unique — and unrivaled.

As a new decade begins, we are shaping Rotary’s future. In 2022-2023, Rotary will implement its new strategic plan, respond to the innovation of the Council on Legislation, and serve in our revitalized areas of focus. But the real work of shaping Rotary’s future lies in our clubs, where our organization must do the most to adapt to today’s changing realities.

While the club remains the core of the Rotary experience, we are now far more creative and flexible in deciding what a club can be, how it can meet, and even what can be considered a Rotary meeting. We need to be organized, strategic, and innovative in how we approach membership, forging wider and deeper connections to our communities and forming new club models to attract and engage more — and more diverse — members.

Rotary is indeed a family. Yet too often, the structure of membership or the demands of leadership seem to place Rotary out of reach for today’s younger professionals. Rotary can and should be an experience that complements our families instead of competing with them. When our Rotary clubs are warm, welcoming places where service and family go hand in hand, we give family-oriented young professionals the opportunity to embrace Rotary service and model positive civic engagement. And when we make the expectations of Rotary offices realistic and manageable for busy professionals, we develop the skills and networks of a new generation of Rotarians — who will become Rotary leaders.

In 2022-2023, it will be our challenge to strengthen the many ways that Rotary Connects the World, building the connections that allow talented, thoughtful, and generous people to unite and take meaningful action through Rotary service. 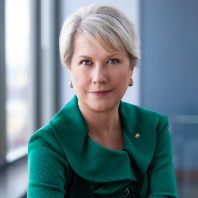 Jennifer E. Jones is founder and president of Media Street Productions Inc., an award-winning media company in Windsor. She was chair of the board of governors of the University of Windsor and chair of the Windsor-Essex Regional Chamber of Commerce. She has been recognized for her service with the YMCA Peace Medallion, the Queen’s Diamond Jubilee Medal, and Wayne State University’s Peacemaker of the Year Award, a first for a Canadian. Jones holds a Doctor of Laws (LL.D.).

A current Rotary Foundation trustee, Jones has been a Rotary member since 1997 and has served Rotary as RI vice president, director, training leader, committee chair, moderator, and district governor. She played a lead role in Rotary’s rebranding effort by serving as chair of the Strengthening Rotary’s Advisory Group. She is the co-chair of the End Polio Now Countdown to History Campaign Committee, which aims to raise $150 million for polio eradication efforts.

Jones recently led the successful #RotaryResponds telethon, which raised critical funds for COVID-19 relief and was viewed by more than 65,000. Jones has also received Rotary International’s Service Above Self Award and The Rotary Foundation Citation for Meritorious Service. She and her husband, Nick Krayacich, are members of The Rotary Foundation’s Arch Klumph Society, Paul Harris Society, and the Bequest Society. 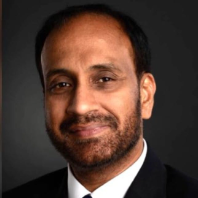 District Governor Rtn.Dr.N.Nandakumar, called as Nanda by his friends is a practicing dental surgeon with a Masters in Oral, Maxillofacial, Surgery & diplomate & fellowship in oral implantology. Dr Nanda has over 25 years of experience. He runs two private clinics in the heart of the city.

Rtn Dr.Nandakumar, a Rotarian for over 17 years served as the President of RC Madras Vadapalani in 2008-09. He has served in various positions in the district and also has been Director in all avenue of services.

Association to create awareness on dental hygiene in which over 25000 children participated at Sri Ramachandra university campus in 2017-18. He was awarded the most valuable Rotarian in 2014-15.

He was awarded the plaque of honor by the Indian Dental Association in 2018.

Dr Sumedha is Past Club Secretary of RC Chennai Towers. She was adjudged one of the top 5 club secretaries in 2017-18.

Dr Sumedha is a senior practicing Dental consultant, specialized in Cosmetic & Laser dentistry. Dr Nanda and Dr Sumedha are blessed with two children Abhishek pursuing his Masters in Computer Science & daughter Diya who is pursuing a Bachelor’s in Business Management.